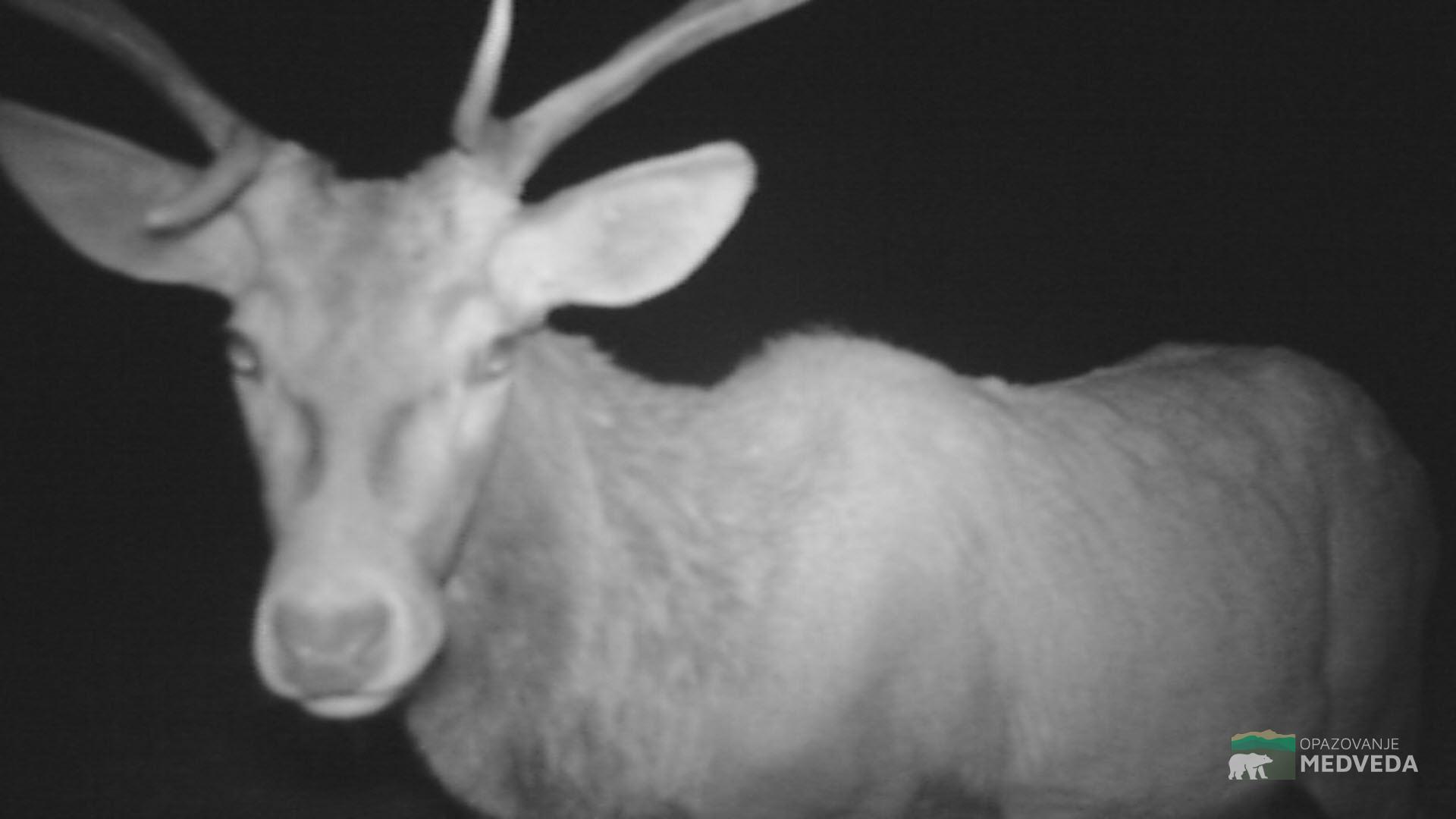 During winter the bears will hide away and keep still. This, however, does not mean that they undergo a deep winter sleep, which is commonly known as hibernation, typical of dormice. The body temperature only drops for about 2 °C, their heart rate and metabolism also slow down. During this time the bears do not eat nor drink.

We occasionally notice that the bears may sometimes be active throughout the winter as well. They are exclusively males, because females in this period (December, January) give birth to their young and remain hidden inside their dens.

Cameras have been placed on the locations that bears frequent during the observation season and other forest animals have also been captured on screen. We were particularly impressed with the stag’s curiosity.

You can find out more about which cookies we are using or switch them off in settings.

We respect you privacy and undertake to protect the personal data collected through our on-line information system, and not to forward them to third parties or use them for other purposes without your consent. Because the on-line information system features certain links to other, external websites which are not related to us, we are not liable for data protection on these websites.

At the same time, we undertake to protect the data and the privacy of website users to the best of our abilities.

In order to prevent unauthorized access to the collected data or their disclosure, as well as to maintain their accuracy and ensure their appropriate use, we use suitable technical and organizational procedures for the security of the data that is being collected.

If you disable this cookie, we will not be able to save your preferences. This means that every time you visit this website you will need to enable or disable cookies again.

Third party cookies include analytical and functional cookies, which are placed on your device by other companies such as Facebook Inc. and Google Inc. These cookies allow you to use plugins and website features that are connected to their social networks and other platforms. They are also used for tracking your use of their services.

Please enable Strictly Necessary Cookies first so that we can save your preferences!

When you visit/use our website, a so-called cookie is placed in your browser. Cookies are text files that are saved on the user’s computer, and allow analysis of the user’s visit, the number of their visits, and what they are interested in during their visits. A cookie contains the basic information on the user’s visit to a particular website, e.g. the names of the websites they visit on-line. The cookie content is saved into a special folder on the user’s computer. By double-clicking on the file, we can get further details on the visited website, as well as the time and date of the visit. All of these data are also stored by the administrator of the website visited by the user.

The user can change their settings in order to delete, turn off or conditionally use cookies, although this means that they will no longer be able to fully use all the features of the website. Browsers are basically set up in order to accept cookies and reject cookie setting that does not originate from the site indicated in the title bar.